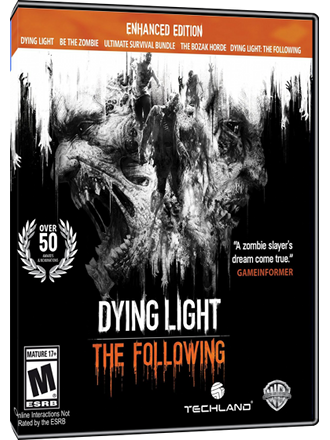 You will receive the key for the game by Techland Publishing via eMail within the delivery time stated above.

Download Dying Light Enhanced Edition for free via the Steam network.Steam can be found here.

This is an EU key that can only be used / activated within Europe except Switzerland.

Contents of the Enhanced Edition